This award has traditionally been the top award presented to the best all-round student, based on their character, application and ability.The award is made in memory of the district's first doctor.  Dr McBirney gave eight years of selfless devotion to the people of this area during the years 1954 - 1962.  After his death, the community decided his commitment and dedication should be remembered by this award to a senior student reflecting similar attributes. Congratulations to Jack Boakes and Kayla Carter the recipients in 2020.

This prize is awarded to the top academic student in Year 13. Congratulations to Jack Boakes the 2020 recipient.

This is the second highest academic award for Year 13. Congratulations to Kayla Carter the 2020 recipient.

These grants are made in memory of Mr George Watt a long time resident of the Ruakaka area.  Mr Watt bequeathed a considerable endowment to Bream Bay College as a means of assisting students to benefit from the higher education he so admired.

The first of these annual grants were awarded to Year 13 students in 1997.  The grants are for those students who intend undertaking tertiary education.

Harvey was a former pupil of Bream Bay College who was heavily involved in community affairs. He was a Ventura Scout leader and a Youth leader at the local church in Waipu. Harvey completed his first degree at Lincoln University in Agriculture and Economics, worked for a year as Dairy Consulting Officer and then went back to Lincoln University and completed a second degree in Tropical Agriculture. Harvey passed away tragically at the age of 24 on the 17th March 1993 due to a tractor accident. Helen and Bruce Matheson have donated this scholarship in his memory.The 2020 Recipients are: Hayden Bartlett and Summer Babe-Vercoe

This award was first awarded in 1975. It is awarded to a student who has participated fully in the Bream Bay School community. The student shows civic duty as a leader. They are always supportive, reliable and well respected. The 2020 Recipient is: Summer Babe Vercoe

This award was first presented in 1978 to a senior student of Maori or Pacific Island decent.

It is awarded to a student who shows leadership, reliability and sincerity. This student plays an active role in the Bream Bay community and is well respected by other students. The 2020 Recipient is: Talia Ashby

Donated by the PTA. This award has been awarded since 1992 to a student who has shown themselves to be honest and up right in character. They must have demonstrated integrity in their actions throughout the year. The 2020 Recipient is: Dwyane Kirimaniania Jonathan

This award is awarded to a student who contributes to the multi cultural harmony of the college and / or its community. The recipient will be a senior student who promotes: respect and appreciation of difference, harmony and equity among our diverse students and whose actions are culturally and racially appropriate, accessible and free from racism and discrimination. The 2020 Recipient is: Taunga -Tyreec Taunga

Awarded to a male and female student who has demonstrated high levels of citizenship and service to others.  The 2020 Recipients are: Hayden Bartlett and Grace Rodgers

Sports Person of the Year. The 2020 Recipient is: Maddison Greatorex

Best all round Sportsperson. The 2020 Recipient is: Kayla Carter

The 2020 Recipient is: Teneille Hiki

The 2020 Recipient is: Elijah Backhouse

The 2020 Recipient is: Talia Ashby

This award is given to the highest achieving student in their chosen sporting code.

This award is given to selected Year 10 students to develop their leadership skills once the senior school has finished for the academic year.

Year 7 - 10 Kia Maia Badge
This badge may be gained by displaying all-round excellence in the classroom with at least 1 year level Stripe.

Cup for Contribution to Vocals

Shield for Outstanding Achievement in Science

Bream Bay College aims to recognise excellence in the total range of activities available to students at BBC with a view to confirming the pursuit of excellence and building of self-esteem in students. Students may gain blues in the academic, sporting, cultural and service pursuits.

Academic Junior Blue:  a student may gain an Academic Blue by:

Sporting Junior Blue: a student may gain a Sporting Blue by:

Cultural Junior Blue: A student may gain a Cultural Blue by:

Service Junior Blue: A student may gain a Service Blue by:

A teacher may nominate one student per term for a Kia Maia Badge, the Deans of year 7&8 and the Principal must agree before a student gains this badge.

Tumuaki Badge: This is the highest and most prestigious Junior Blue. In order to receive a Tumuaki badge, a student must have a Kia Maia Badge and at least three other Junior Blues. The other Blues must be from at least two different categories. A student may gain one Tumuaki badge.

Where to place Junior Blues: the Junior Blues are sewn on items of uniform. At the discretion of the student they may be sewn on their shirt, jersey, sweatshirt or  jacket. There is no limit to the number of academic, sporting, cultural or service blues that a student may gain.

Academic year 9&10 Blue: a student may gain an Academic Blue by:

Sporting year 9&10 Blue: Examples may be:

A teacher may nominate one student per term for an Endeavour badge. The Deans of year 9 & 10 and the Principal must agree before a student gains this badge

Manaia badge: This is the highest and most prestigious blue at year 9 & 10. In order to receive a Manaia badge, a student must have an Endeavour badge and at least three other year 9 & 10 blues. The other blues must be from at least two different categories. A student may gain one Manaia badge.

The Awarding of year 9 & 10 Blues: at a formal assembly

Where to place year 9 & 10 Blues: the blues are sewn on items of uniform at the discretion of the student. They may be sewn on their shirt, jersey, sweatshirt or jacket. There is no limit to the number of academic, sporting cultural or service blues that a student may gain.

Culture
A student maybe nominated for a Cultural Blue by:

Other
At the discretion of the Co-curricular committee, following nominations by the teacher in charge, the committee may make an award to mark outstanding achievement or participation in school activities e.g. enterprise or environment. 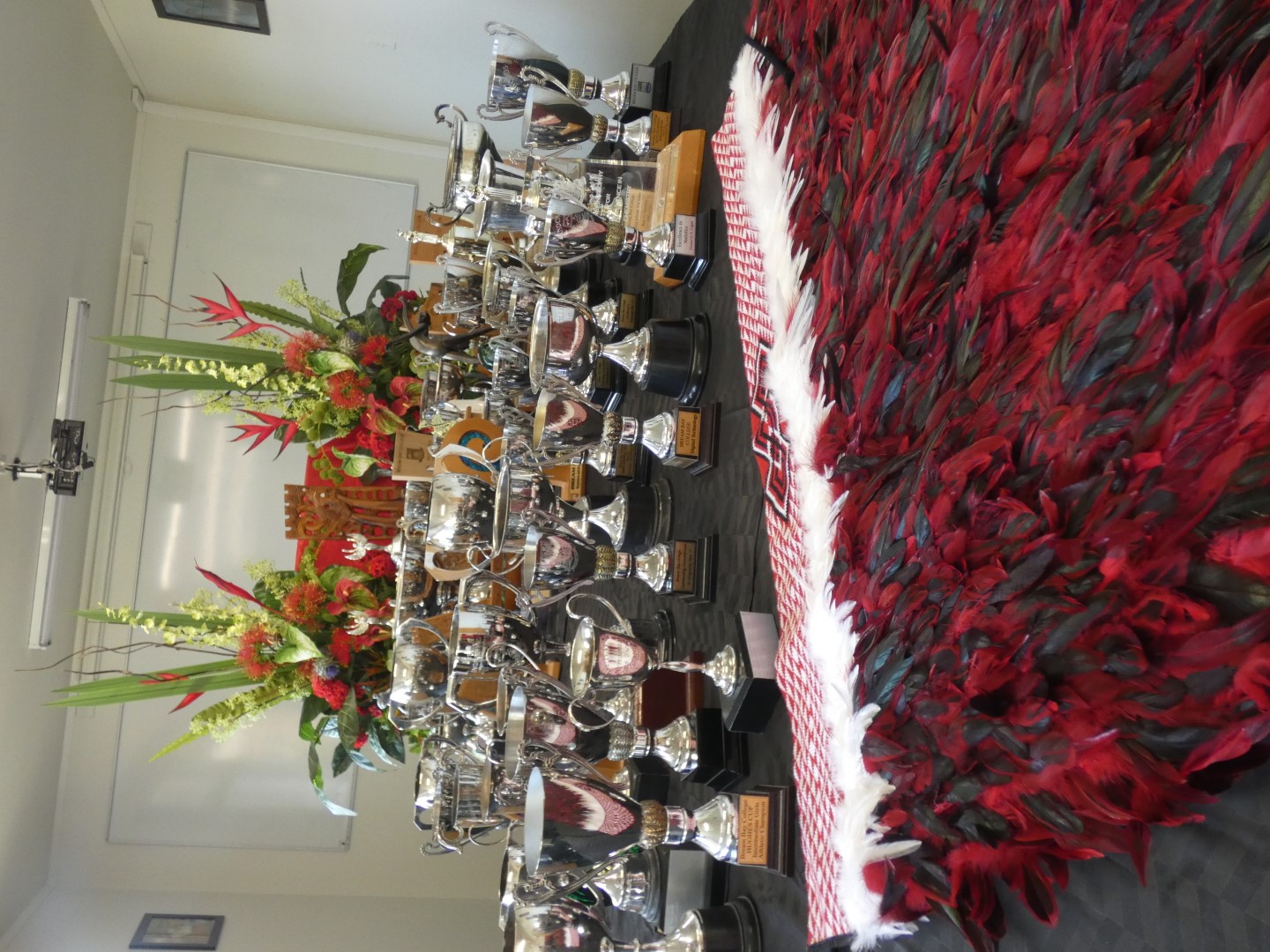